This Machine Pulls Drinking Water Out of Thin Air (at Home)

You can’t live on air, so the saying goes. However, an increasing number of devices and technologies challenge popular wisdom, as it is possible to generate energy or food from the air we breathe. Now an innovative domestic device unveiled at CES promises to obtain drinking water from the air. Drinking water, or the lack of it, is undoubtedly one of humanity’s significant challenges in the coming decades. This type of technology will help to address it on a small scale, just as desalination plants are already doing with seawater on an industrial scale.

What are the most common strategies for obtaining drinking water?

Fresh and drinking water from rain, rivers and aquifers is a tiny part of the total water on the planet, most of which is salty or unfit for human consumption due to pollution. So how do we obtain it? There are three strategies for obtaining drinking water:

Pulling water out of the air at home

Of course, matters get more complicated when it comes to domestic environments. While it is already common to see energy-self-sufficient homes thanks to solar panels, it is not such a common sight in terms of drinking water unless a well is available. Fortunately, an innovative device presented at the CES technology show takes advantage of condensation to generate up to ten liters of drinking water a day from the air, enough to cover the hydration needs of two people.

Imagine a water dispense like those in offices, but without any water tank or connection to the water supply. Such is the new “air-to-water dispenser,” a metal device that could well pass for a minimalist household appliance. It only needs an electricity supply to start producing drinking water from the air in the room. The device also enriches the water with seven minerals. But how does it work? 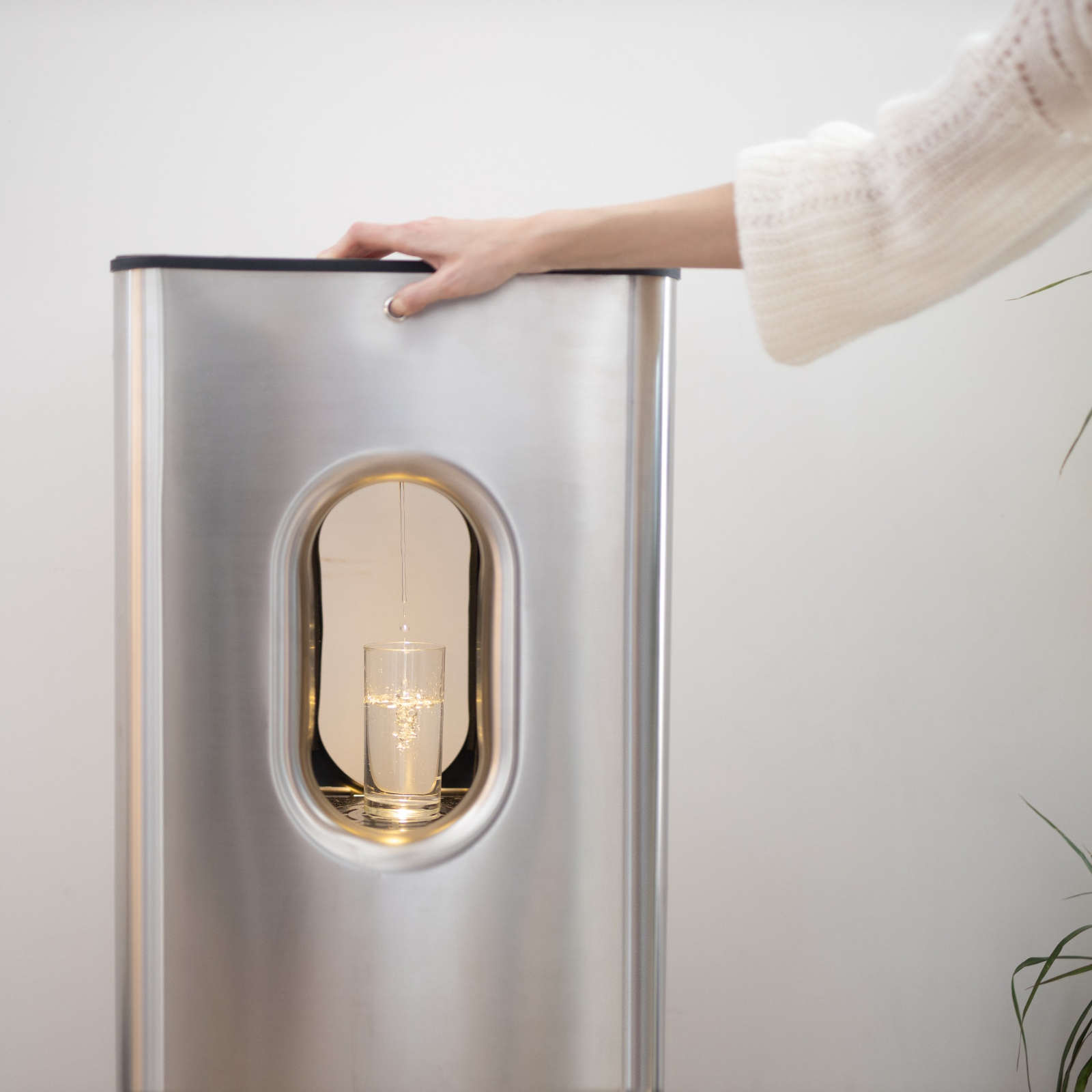 The device uses a silica gel-like desiccant to capture moisture from the atmosphere. The system also has filters to purify the air and can heat or cool the water according to the user’s needs. The result is drinking water with a pH of 9.2+ and from which, according to the manufacturer, 99.9% of germs have been eliminated thanks to ultraviolet rays. Incidentally, the system also helps to reduce the ambient humidity in a house to prevent mold and related respiratory diseases.

Food and fuel: other raw materials obtained from air

As noted at the beginning of this article, it may not be possible to live on air, strictly speaking. Still, numerous technologies make it possible to obtain various functional ingredients and raw materials. In addition to obtaining water from the air, these are some of the most striking examples:

If you want to learn more about water-from-air technologies and other innovations, feel free to subscribe to our newsletter at the bottom of this page.

We Have a Lift-Off: Maple Seeds Teach a...